Is it a cold or the flu? How to tell the difference ...

So you've just woken up with a killer headache, you feel feverish and you can't stop sneezing and coughing. It's the flu. Or is it? Maybe it's a cold. How does anyone know the difference? It can sometimes be hard to tell which is which, because colds and flu can have many of the same symptoms. But in general, a cold is a milder illness that is really only bad for a day or two, with mild symptoms lingering for a week or longer. The flu, on the other hand, can send you to bed for the better part of a week, with the tired feeling lasting sometimes a few weeks more. Colds usually clear up with no lasting problems. But the flu can lead to serious complications, such as pneumonia and bacterial infections. This year, about 2,000 to 8,000 people will die from the flu. Those most at risk include kids under two year old, the elderly, those with lung problems, and those with diabetes and other chronic conditions. The flu can also be dangerous to those who are very obese. So if the symptoms of colds and the flu can appear at the same, how do you tell? The main hallmark symptoms of the flu are a fever and a cough. Most of us don't develop a fever with a cold and if we do, it's mild. But the flu almost always brings on a fever lasting 2 to 4 days. If you have a fever and a cough and one of the following, you probably have the flu:

Vomiting is generally not a symptom of the flu (more on that below), though kids are the exception. In them, the fever that comes with the flu can cause kids to feel nauseous and to vomit. While these are the general guidelines for distinguishing colds and flu in healthy adults, infectious diseases expert Dr. Neil Rau says there are always exceptions.

Kids sometimes develop a mild fever with just a common cold, while the elderly may not have a fever at all with the flu. That's because the immune systems of the elderly tend to be weaker, which leaves them with a decreased ability to generate body heat. Rau says one way to tell if it's a cold or the flu is to ask yourself how long the illness took to come on. The flu usually comes on suddenly, while a cold can take a day or two to really rear its head.

"A cold usually starts as some sneezing at first and runny nose, then maybe a sore throat the next day. With the flu, you usually get hit with all symptoms – fever, cough, fatigue, headache – all at once," he says. Another way to decide if you have the flu is to know about the flu activity in your area, says Rau. "The chance increases if you have widespread fly activity. So you have to look at what's happening," he says.

For most parts of Canada, flu activity starts to pick up at Christmastime. It seems to begin circulating in schools a bit earlier that that, though, Rau adds. So how do you know if there's a lot of flu going around in your areas? Your local public health office can likely tell you, but the Public Health Agency of Canada also puts out a cross-country flu activity report every week that's easily found online.

WHEN SHOULD I STAY HOME FROM WORK?

If you get the flu, chances are you will be so wiped out; you won't want to go into work -- at least for a couple of days. A cold won't leave you feeling as tired, but you can still feel miserable for the first day. And, in both cases, you could infect others if you go into work. Both a cold and the flu are highly contagious and are easy to pass. With a cold, you are most contagious during the first three days of symptoms. It then peters out over the week. As we all know, a cold is spread through coughing and sneezing, but even standing close to someone and talking can send out little droplets carrying the virus. With the flu, you can actually begin to infect others one day before symptoms develop. And then, just like with a cold, if you have the flu, you're still contagious up to 5 to 7 days after becoming sick. Kids, again, are a different matter.

"Kids shed the virus a lot longer than adults," says Rau. "That's why they're good vectors." And just to confuse things further, some people can actually be infected with the flu but have no symptoms, and yet, they can still spread the virus to others.

SHOULD I KEEP MY CHILD HOME FROM SCHOOL?

If your child has a fever and you suspect they have the flu, they should definitely stay at home, even if they appear to have a milder case. That way your child won't infect other children, including those who could either develop severe illness or who could pass it on to younger siblings.

The flu can actually be quite dangerous to children under two, because their immune systems are not mature enough to fight it. The flu can develop into bronchitis, pneumonia, or other problems, sending hundreds of kids to hospital every year. Most experts agree it's best to keep kids who are sick with the flu at home for at least a few days until they are able to resume daily activities. In most kids, the flu will run its course in about a week, though the cough and sometimes fatigue can last a few weeks. But very young children are a different matter, says Rau. "With newborns, you have to be more cautious; it doesn't matter if it's flu season or not," says Rau. He says young infants who develop cold symptoms should be seen by their doctor. "You don't want to miss bacterial meningitis or pneumococcal pneumonia," Rau says.

SHOULD I BE WORRIED IF I'M PREGNANT?

A cold is not worrisome to most of those who are pregnant, though it's best to seek your doctor's advice about what kind of cold and pain relieving medication to take. The flu, on the other hand, can be dangerous, because pregnant women can develop pneumonia and require hospitalization. In general, the risk is low in the first trimester, but it increases as the pregnancy goes on. The highest risk of hospitalization from influenza is during the third trimester. That's why the Public Health Agency of Canada recommends pregnant women at any stage of pregnancy get the flu vaccine.

WHEN SHOULD WE SEE A DOCTOR?

In the majority of cases, the flu can be treated at home with bed rest and fever reducing medication. Complications are rare in otherwise healthy people. But, you should consider speaking to your doctor if you have any of the following conditions:

If your child has the flu and then develops any of the following warning signs, you should call your child's doctor for advice:

What about the stomach flu?

Ah, the so-called stomach flu. If ever a term needed to be retired, this one is it.

There Really Is No Such Thing As A Flu Of The Stomach.

Colds and flu viruses infect the respiratory tract, with the viruses taking up residence at the top of the throat. If you're vomiting, you probably don't have the flu; you either have food poisoning or a stomach bug -- more technically, gastroenteritis.

Gastroenteritis is usually caused by nor viruses or rotavirus, which are not related to influenza viruses. That being said, children are a little different. Kids with the flu often have nausea, vomiting and diarrhoea.

But that doesn't mean the flu has travelled to their stomach, because it simply can't do that. So let's ditch the term "stomach flu" and go with "stomach bug" – a more accurate term that's less confusing for all of us. 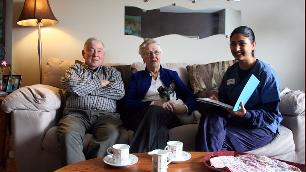